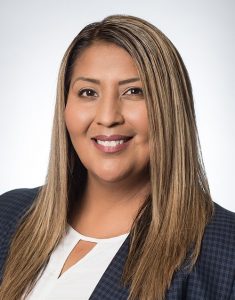 The Hoocąkra (the Ho-Chunk people) have called Teejop (Four Lakes) home since time immemorial. Teejop is a special sacred place that is now home to people from all over the world and some remaining Hoocak community members. Together we are the Teejop community. We are friends. We are neighbors. To take this communal relationship to a the higher level requires a dose of “indigenuity” – the creative genius of indigenous people sharing their traditional cultural knowledge to overcome adversity and craft new solutions. This practice is known to strengthen and bring value to the individual, the community and the bond that has intertwined us. This lecture is tailored to introduce fellow Teejop community members to the rich history of Teejop captured by its stewards, Hoocąkra, and to challenge community members to practice, observe and promote mindful learning, respect and exploration of this sacred place.

Samantha Skenandore, an enrolled member of the Ho-Chunk Nation, has practiced federal Indian law and tribal law for over 15 years. She recently completed a four-year elected term as Associate Justice for the Ho-Chunk Nation Supreme Court and she continues to advise tribal and corporate clients in historic preservation, cultural resources, real estate, tribal governance, governmental affairs, corporate transactions, labor issues and litigation. Samantha has represented over 20 tribes, tribal companies and tribal organizations and is admitted to practice in Wisconsin, Arizona and 6 tribal jurisdictions. Her experience extends to representing clients before members of Congress, congressional committees and agencies in order to observe the federal trust and government-to-government relationship between tribes and the United States.

Hosted by the Distinguished Lecture Series

What is Treaty Day?

In a treaty signed on September 15, 1832, the Ho-Chunk nation ceded Teejop (Four Lakes) to the United States. It may be the most significant day in our community’s history. The treaty is a foundational document for everyone; it’s what allows non-Ho-Chunk people to reside in Madison today.

But for the Ho-Chunk it had a very different significance. It was signed under duress—without free, prior, and informed consent—and required them to leave Teejop. The treaty began more than forty years of attempted ethnic cleansing when soldiers and many settlers repeatedly used violence and threats to force the Ho-Chunk from Wisconsin.

These campaigns did not succeed. The Ho-Chunk people’s love for this land, its waters, and their ancestors could not be broken by treaties and violence. Guided by leaders such as Wakanjaxeriga (Roaring Thunder, also known as “Dandy”) and Hotakawinga (Mary Crane), many Ho-Chunk either refused to leave Wisconsin or quickly returned.

On Treaty Day, we consider the world the Treaty of 1832 made and re-made. It’s an opportunity to learn together about our ongoing legal agreement with Ho-Chunk people and their odyssey of creativity and resilience. Every September, we begin our academic journey together by asking how this history informs our present and shared future.

If you were unable to attend the event, you can view the recording.